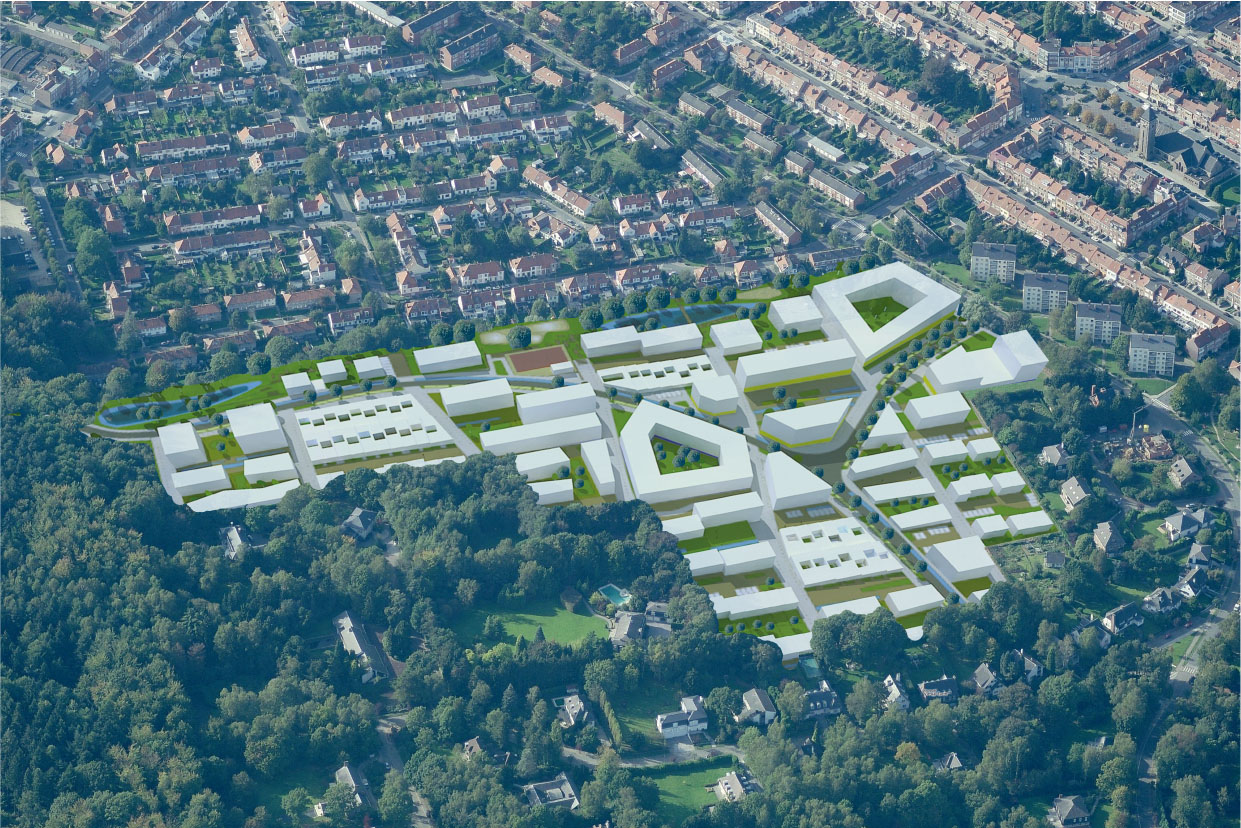 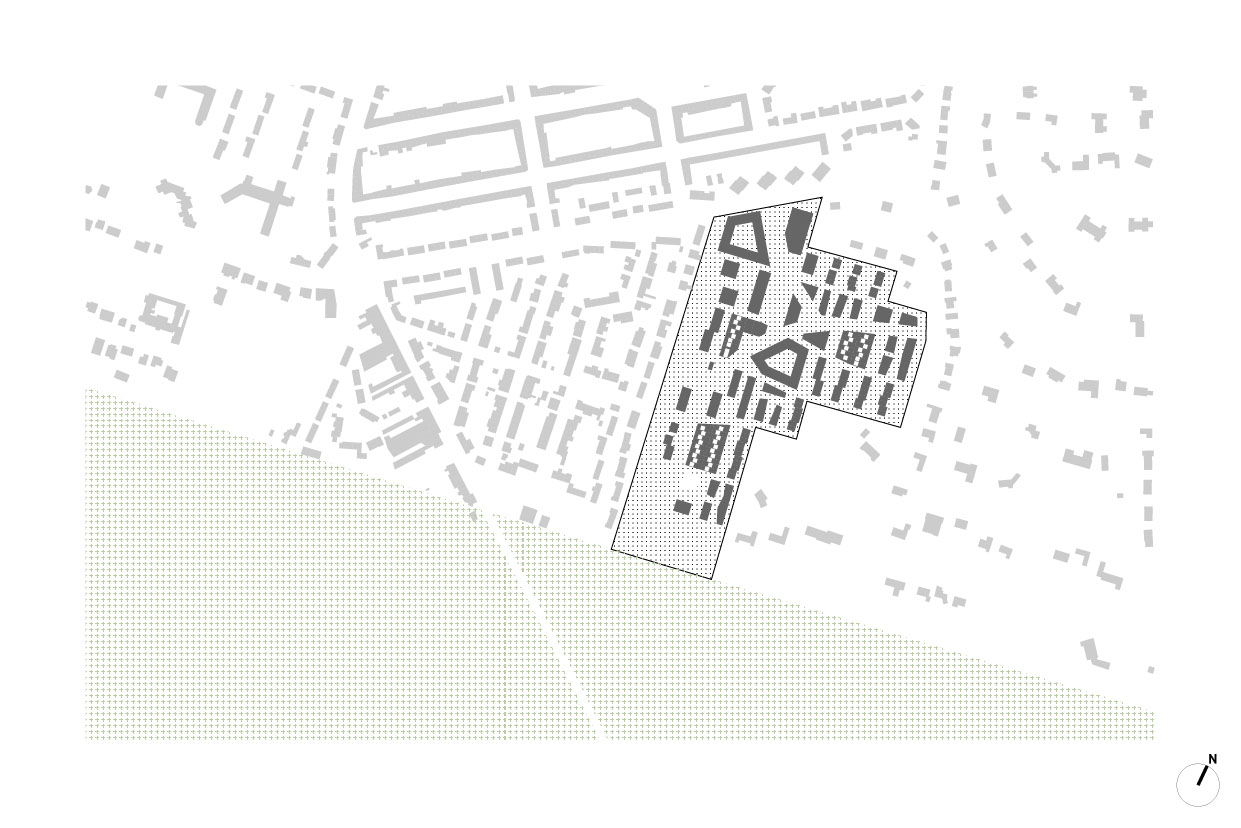 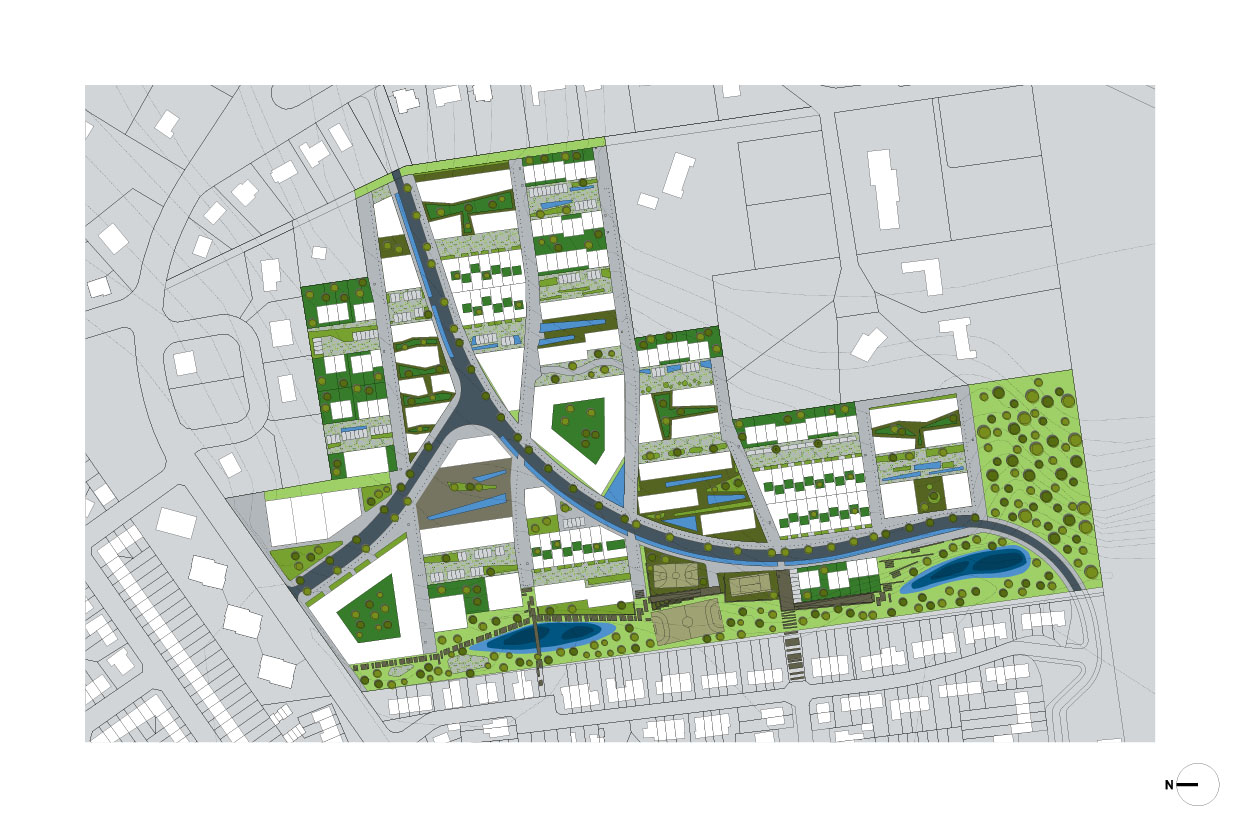 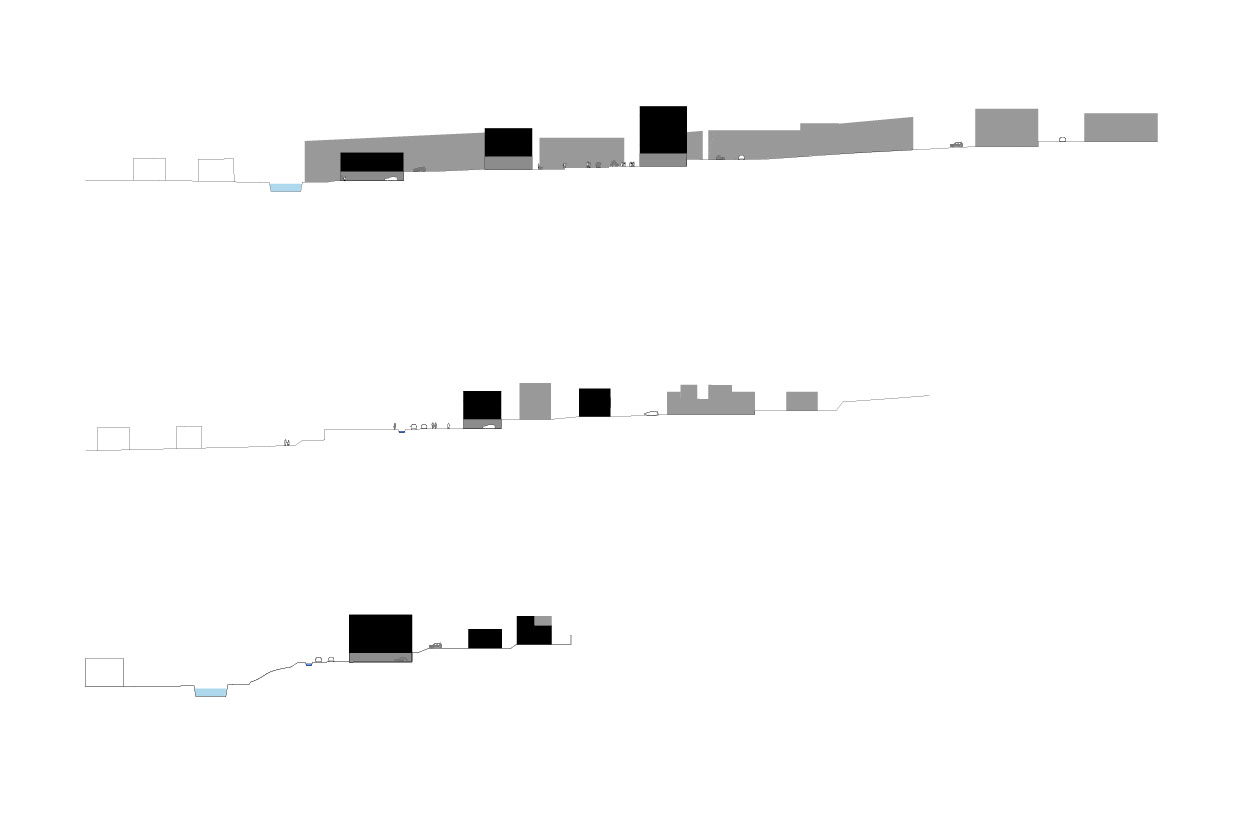 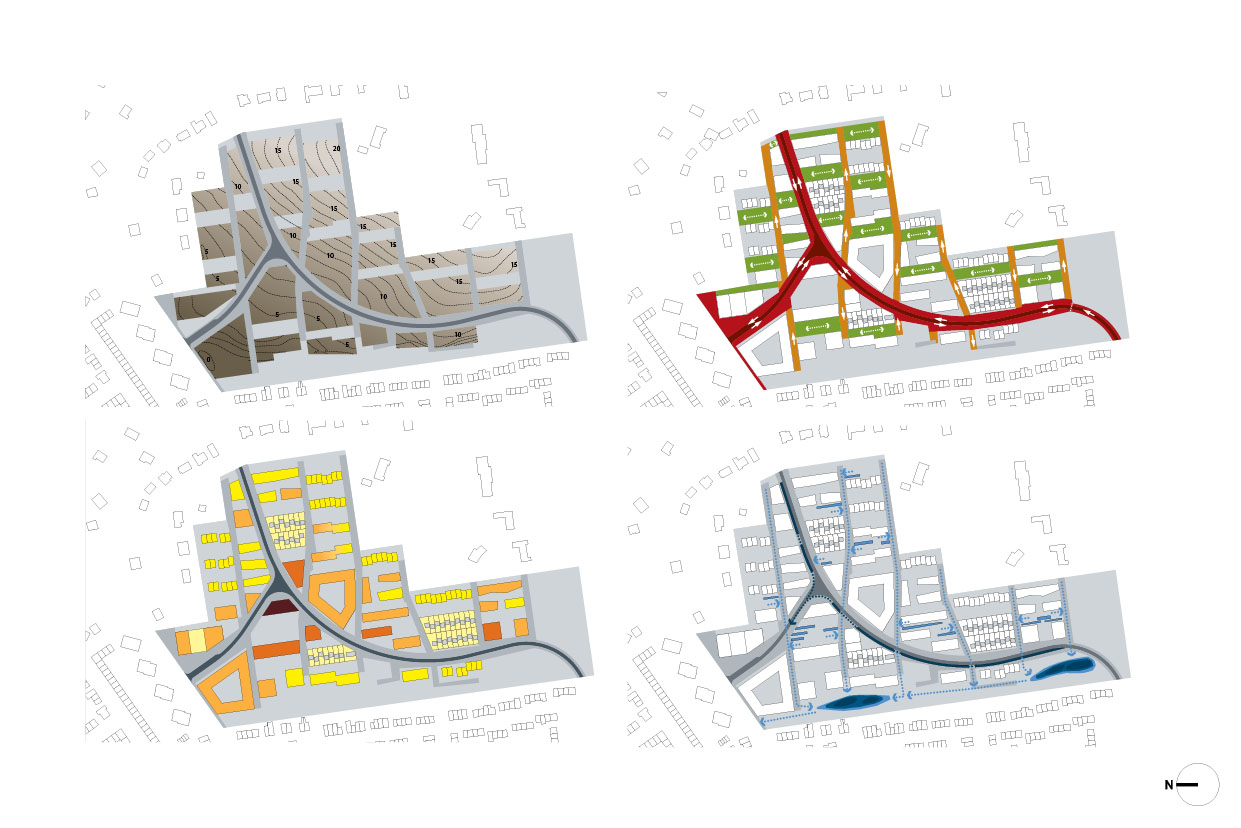 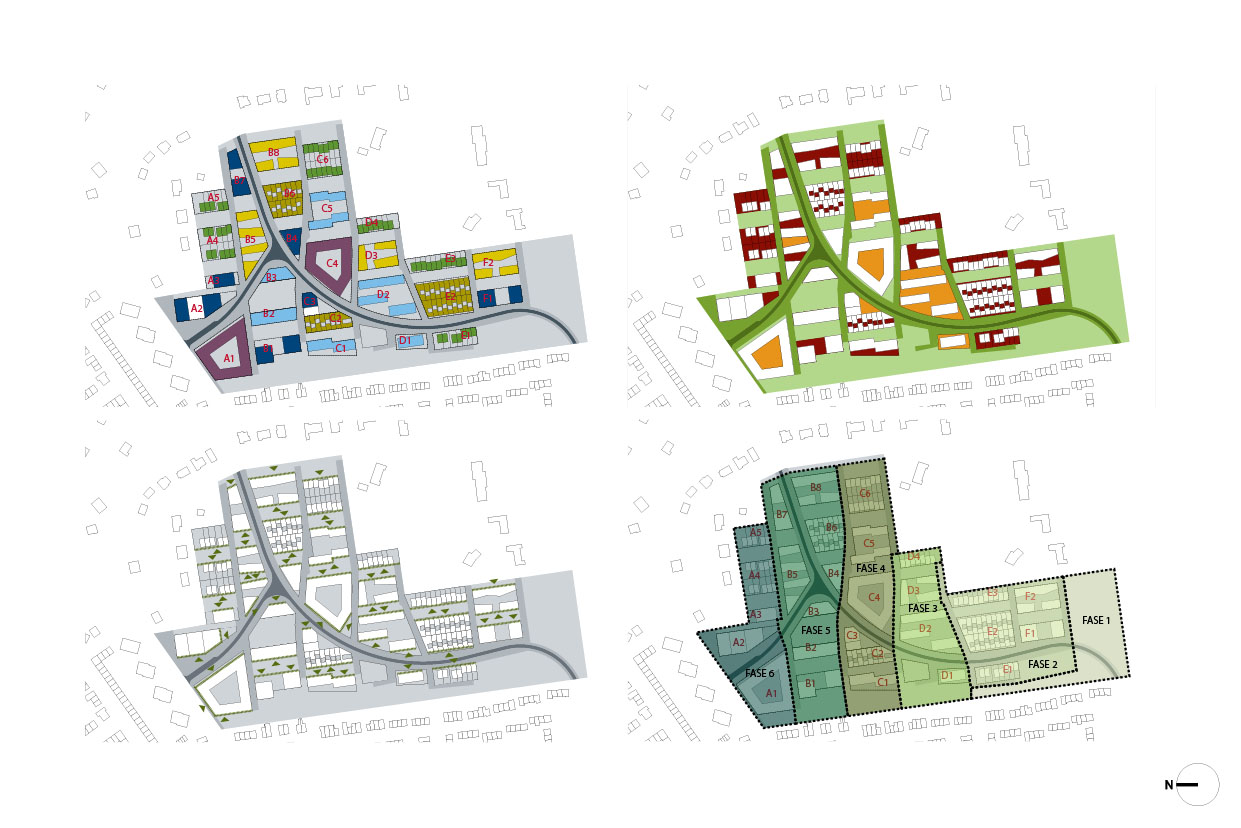 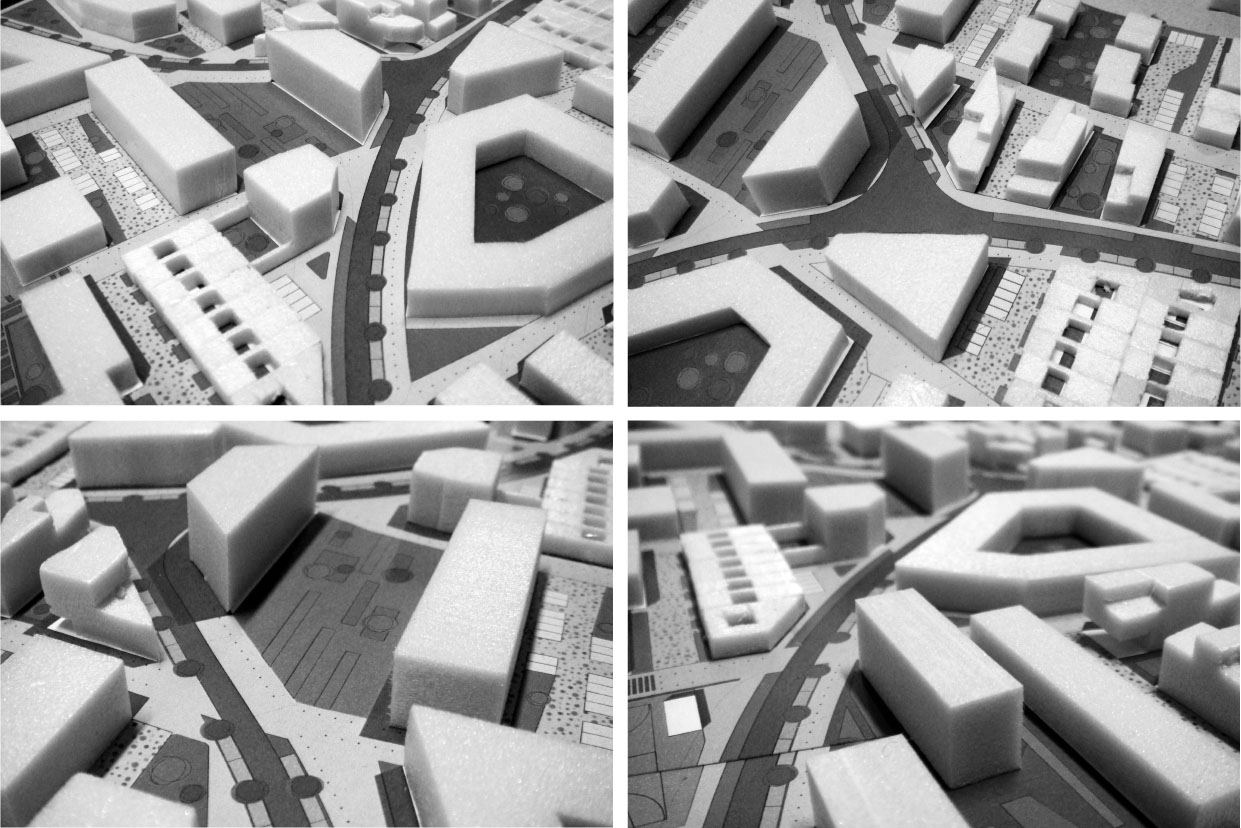 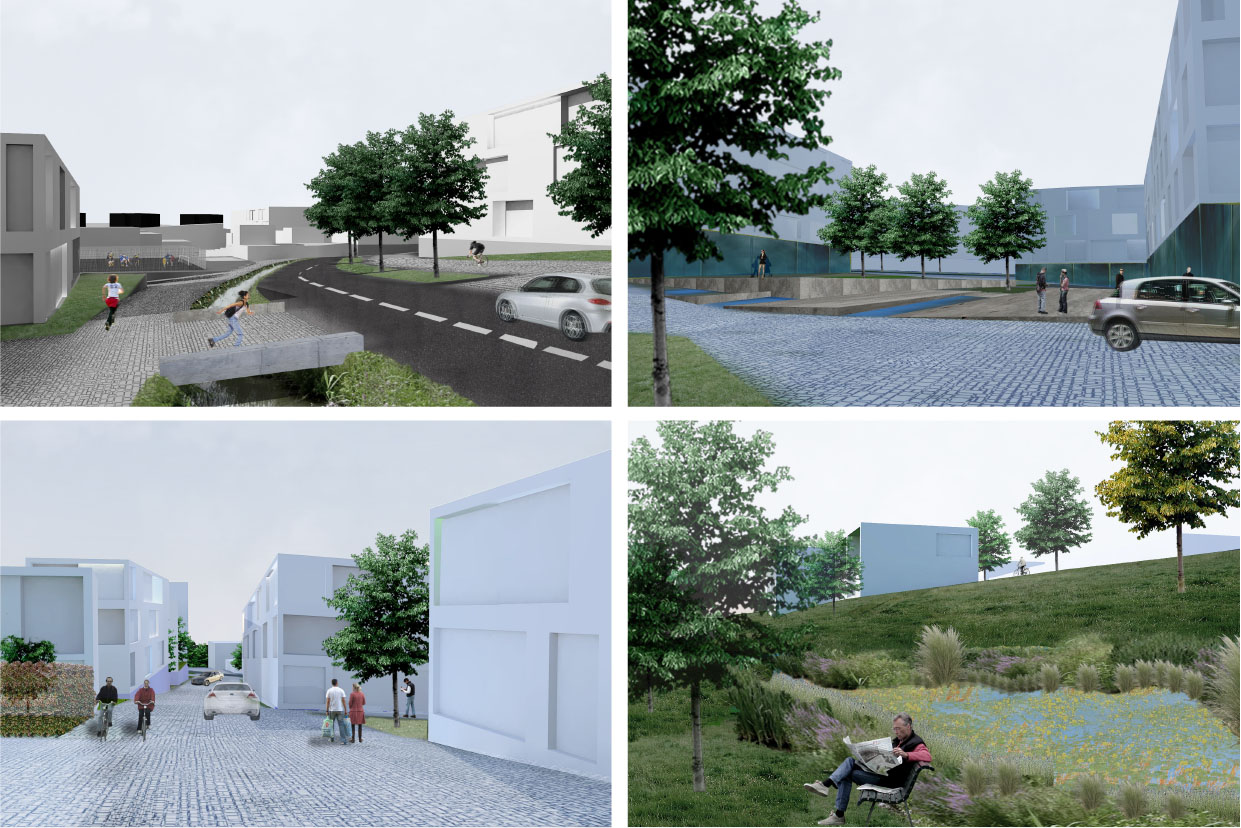 Following an international tender, HUB was selected to develop an urban development plan for the realisation of a new residential zone in Brussels.

The land adjacent to Avenue des Dames Blanches has a very strategic status within the Brussels Capital Territory. The site borders on the Sonian Forest, a stone’s throw from the Brussels Ring R1. At the macroscopic level, the site therefore has excellent accessibility by car. On the other hand, the size and location of the open space, at the edge of the forest, is noteworthy. It says a lot that the site is often referred to as ‘the last frontier of Brussels’. It is characterised by its rather steep contours and waterlogged character in the lower-lying areas.

The plan is typified by a terrace-like structure which follows the typography of the site. It is based on a specific lattice which gives the neighbourhood a very idiosyncratic character and morphology but which is also very navigable both in a north-south and east-west orientation. In the east-west direction, run a series of sealed local roads with a very small-scale profile. These landscaped terraces form the basis for individual plots of varying size and orientation. They are traversed by a number of primary access roads on the site.

The dwellings proposed for the individual plots are all adapted to the specific conditions of the plot (location, inclination, size, orientation, etc.). As a result, there is a large variety of both grounded and ungrounded residences. The density also varies strongly from block to block. Each building, in other words, represents a response to its direct context and – where applicable – to the existing margins of the site. The density increases towards the centre of the plan, bordering on the access routes .

The landscaped terraces also function as carriers for the hydrological infrastructure of wadies and ditches. They account for a rich and natural habitat on the site which gradually becomes more mineral-rich as one approaches the retail centre. The density of the buildings follows this transition: smaller as the surrounding area becomes more natural, larger as it becomes more urban.
The identity and function of the open space is largely determined in coherence with the adjacent buildings. Throughout the plan, there is a rich articulation of different building times, each with its own characteristic exterior. The character of these spaces range from private to semi-open to genuinely public. Each of these exterior spaces and associated buildings respond to the typography in an autonomous way. As a result, the articulation of the plan is also preserved in the third dimension.