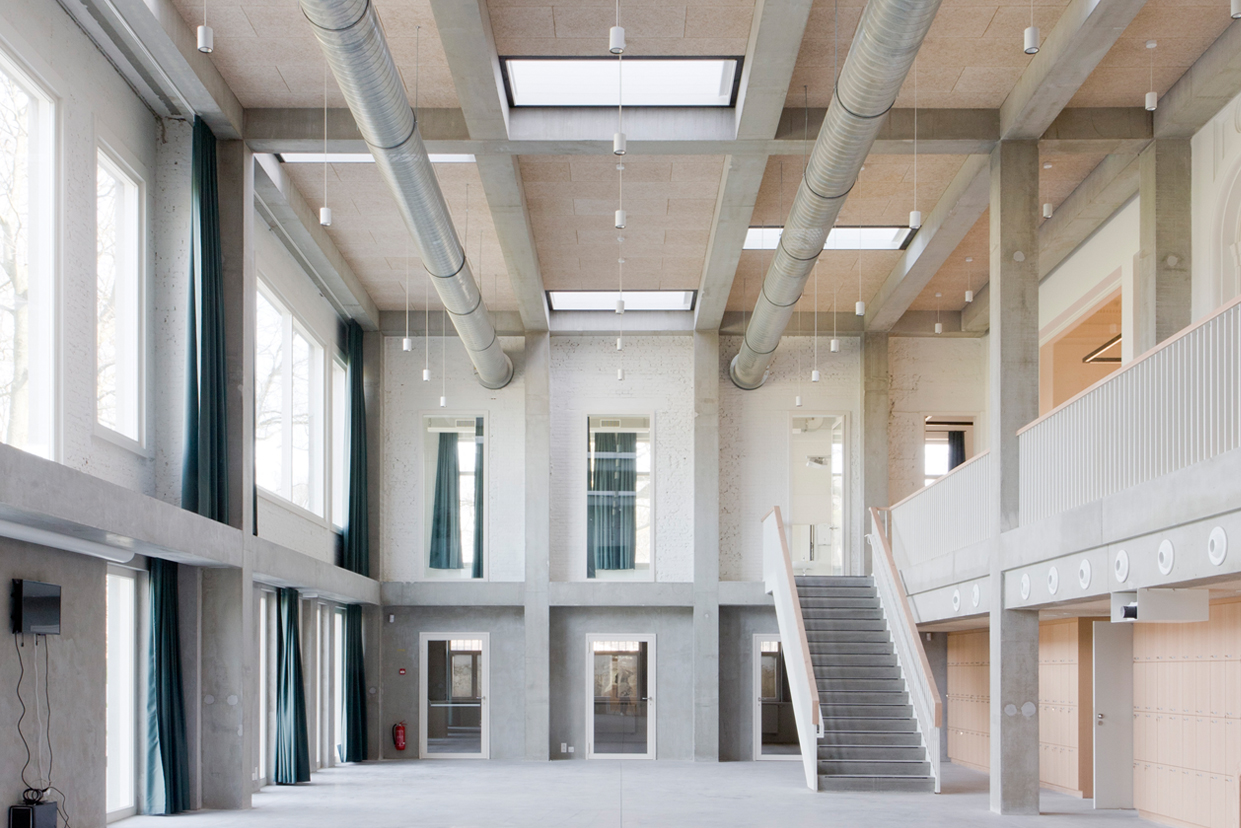 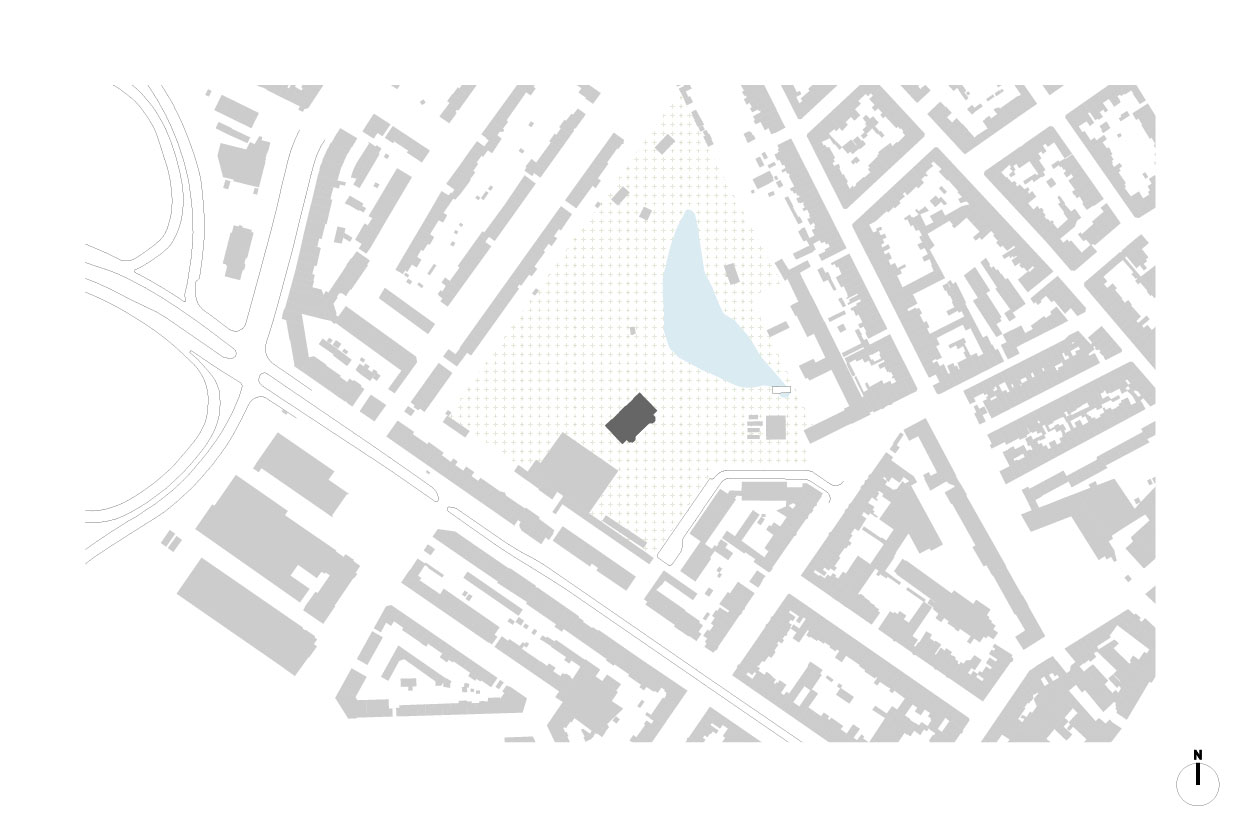 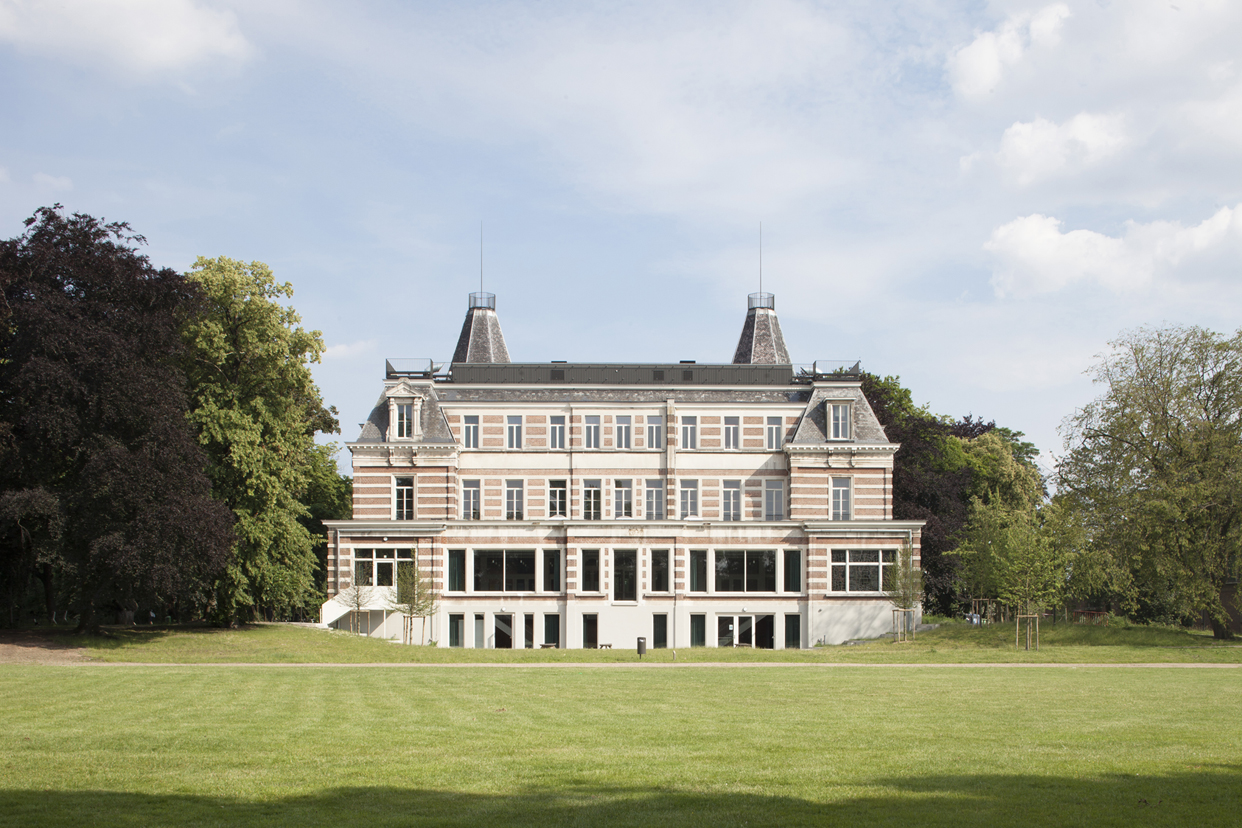 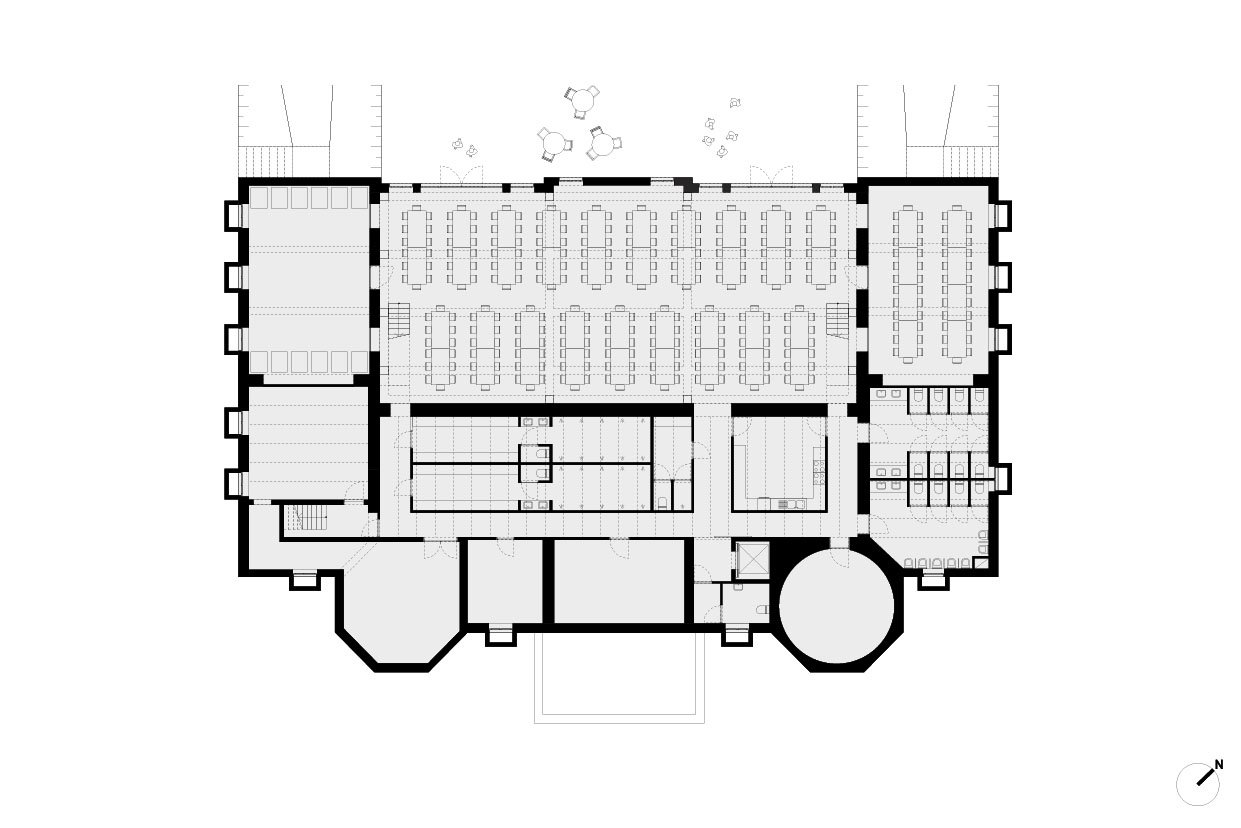 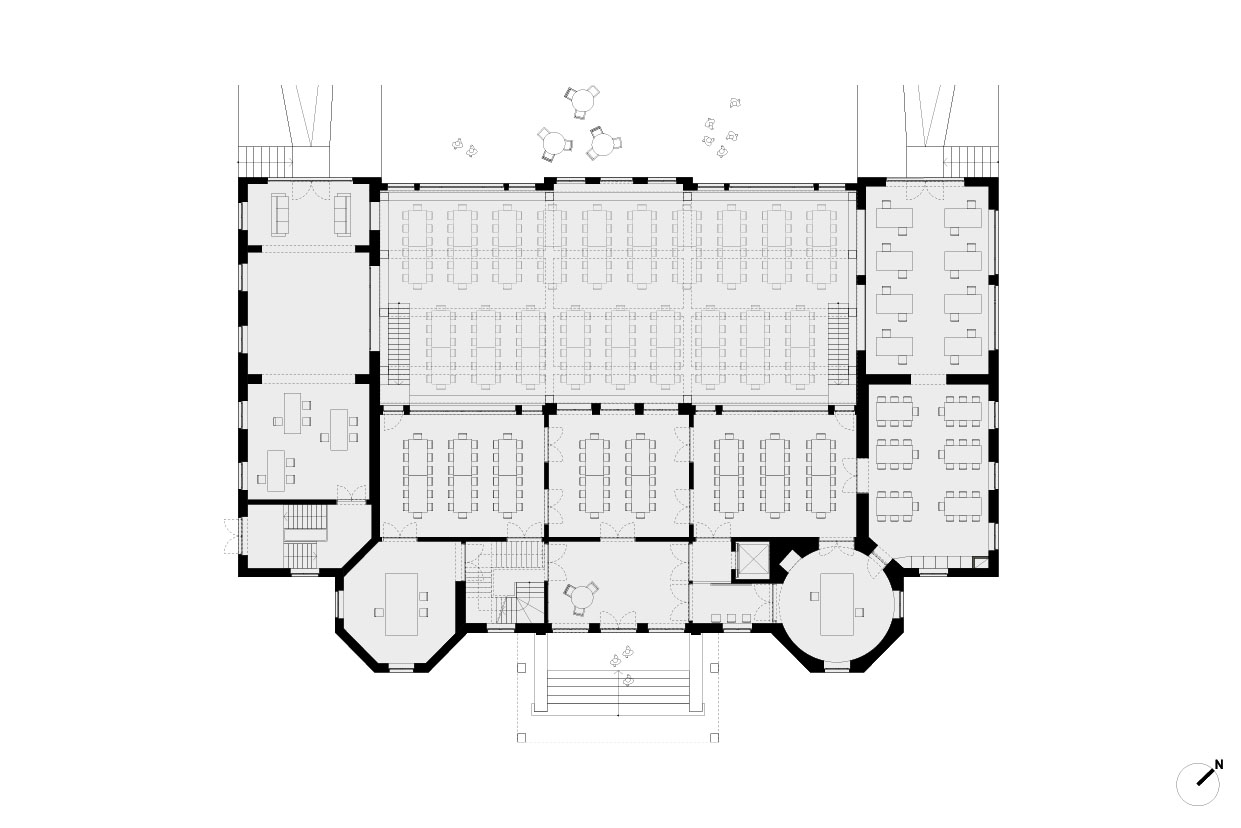 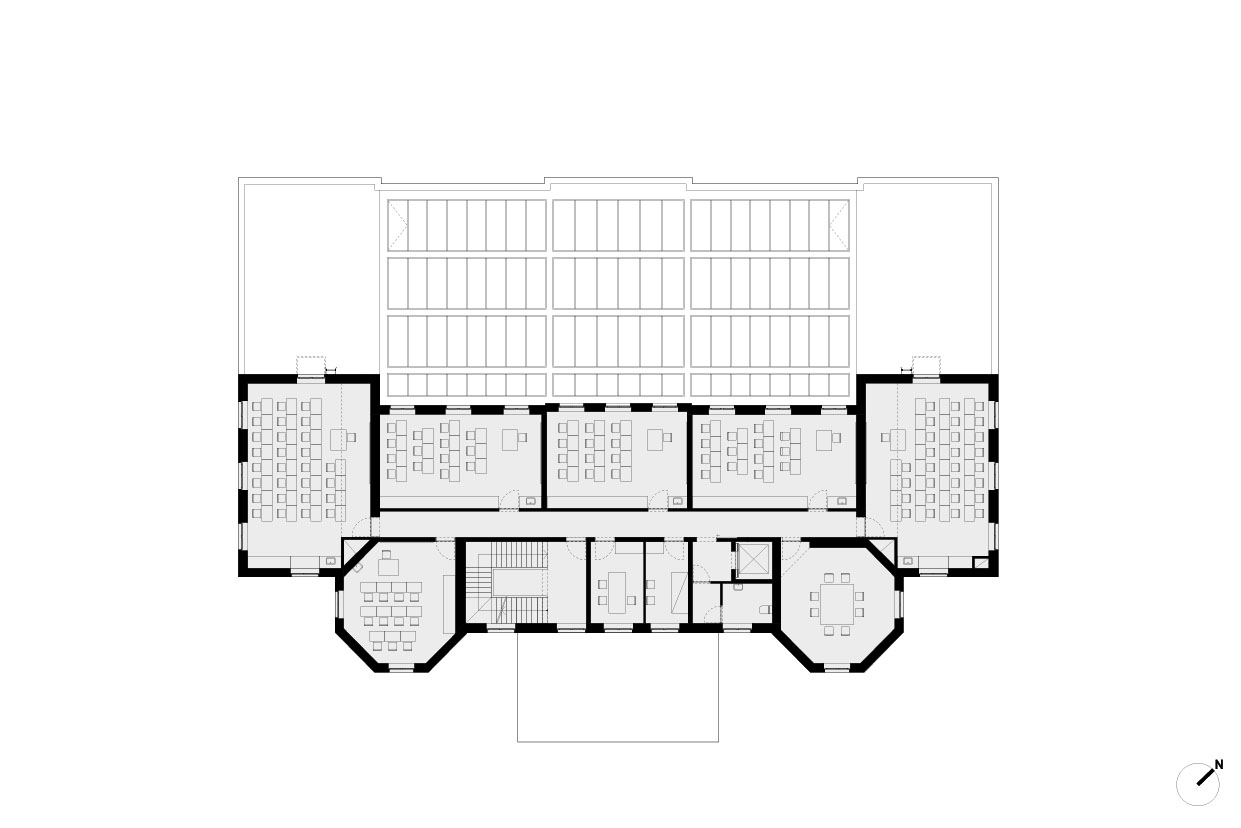 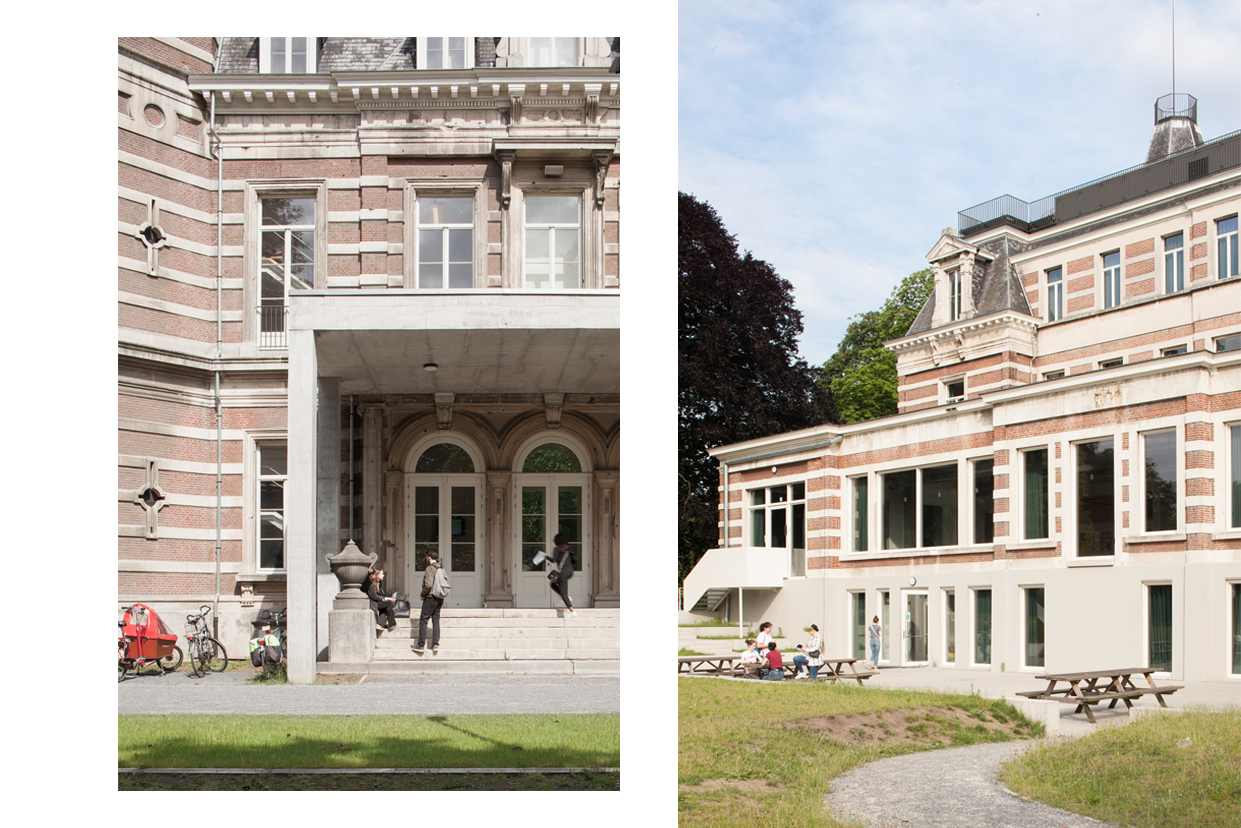 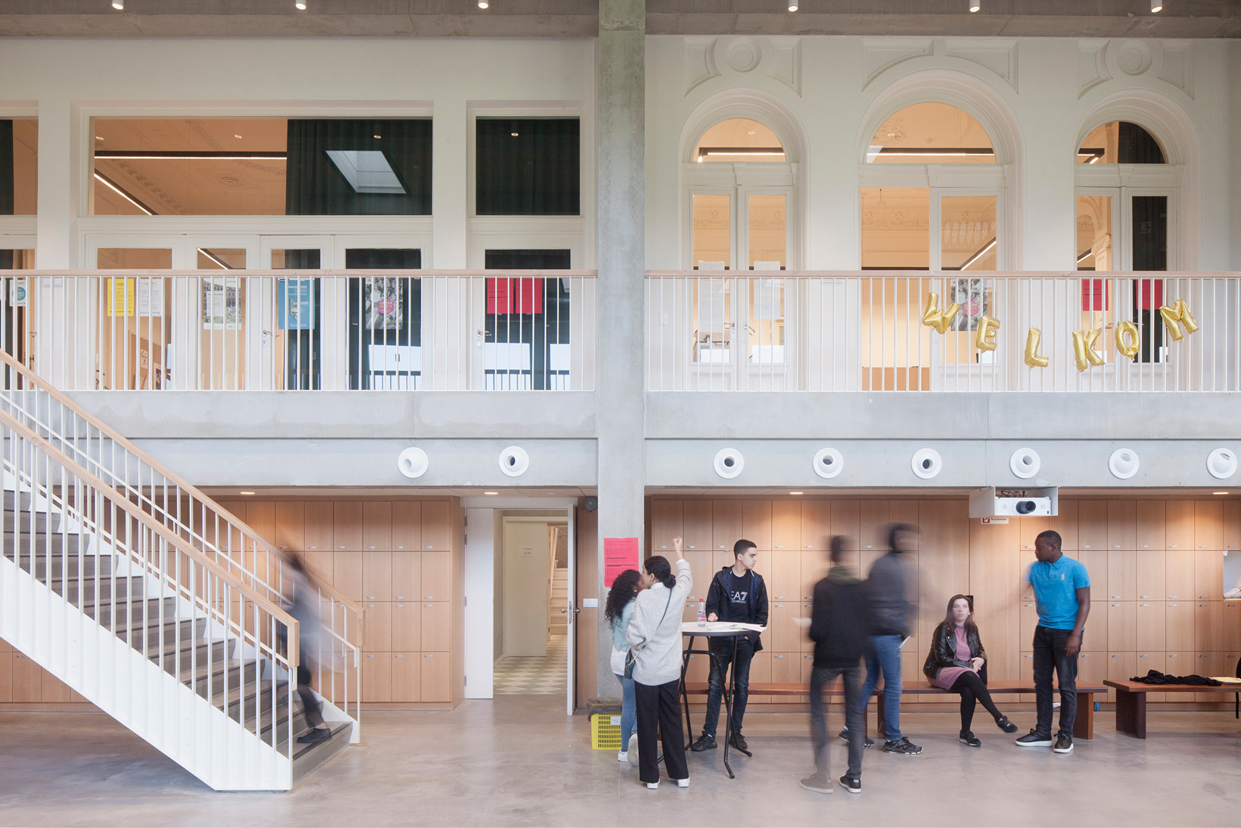 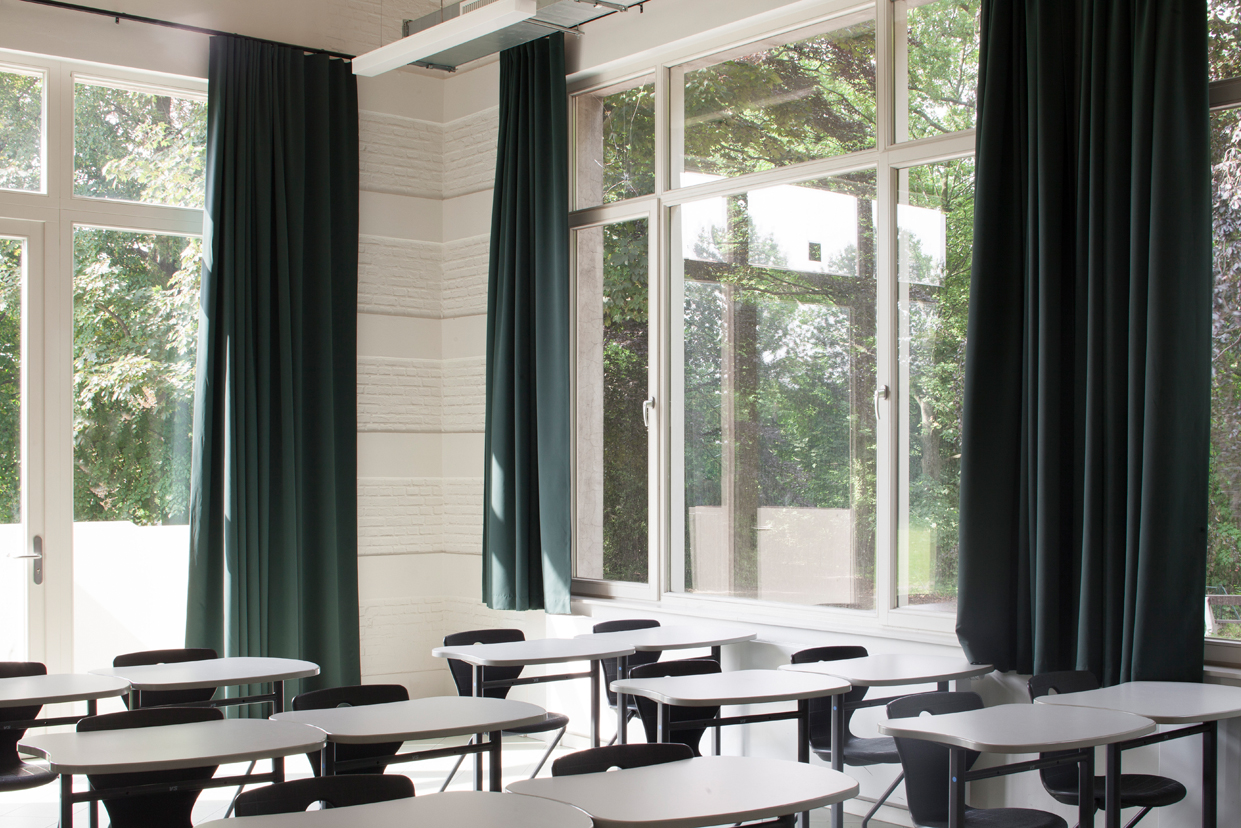 This project comprises the renovation of a heritage listed castle into a school for the Groenendael College. It is one of the model projects of the school-building “Catch Up” operation in Flanders. The heritage value of the original main building leaves very little room for drastic changes, while its location in a park with similar natural-historical value excludes the possibility of extending the volume.

Nonetheless, the school is in need of a functional and spatial improvement of the classrooms, in addition to the creation of space for a multipurpose, public programme. In the latter context, our eye fell upon the cellar and the ground floor, both of which share a deep floor plan which is easily accessible and also easy to separate from the remaining parts of the castle.

The existing building consists of the original castle – almost completely intact except for a handful of rooms – and an outbuilding which dates from the 1950s. The latter building accounts for half of the surface area of the cellar and ground floor with facades which are an exact replica f the rhythm, material and detailing of those of the original castle. As we discover, we could but only admire the radical and determined decision behind this stylistic replication. The only problem with the outbuilding, in other words, was not its architecture but the break it introduces in the original relationship between the castle and the park.

The historical salons – which used to open directly onto the park – have become rather sombre, centrally located rooms as a result of the addition of the outbuilding. As such, they are virtually unusable due to the lack of natural sunlight. The outbuilding’s heavy, concrete structure and low height, moreover, preclude any qualitative use of the space.

We therefore decided to break open the floor of the outbuilding and replace the solid roof with a glass covering. The excessive size of the resultant, double-height space allows for a great degree of flexibility and allows daylight to penetrate deep inside the building. It is an intermediate space which restores the link between the castle and the park in a very contemporary way. As a result of this intervention, the multipurpose and public programme can be organised in the outbuilding, leaving the historic castle for the regular school programme. This is completely in line with the character of the existing spaces.