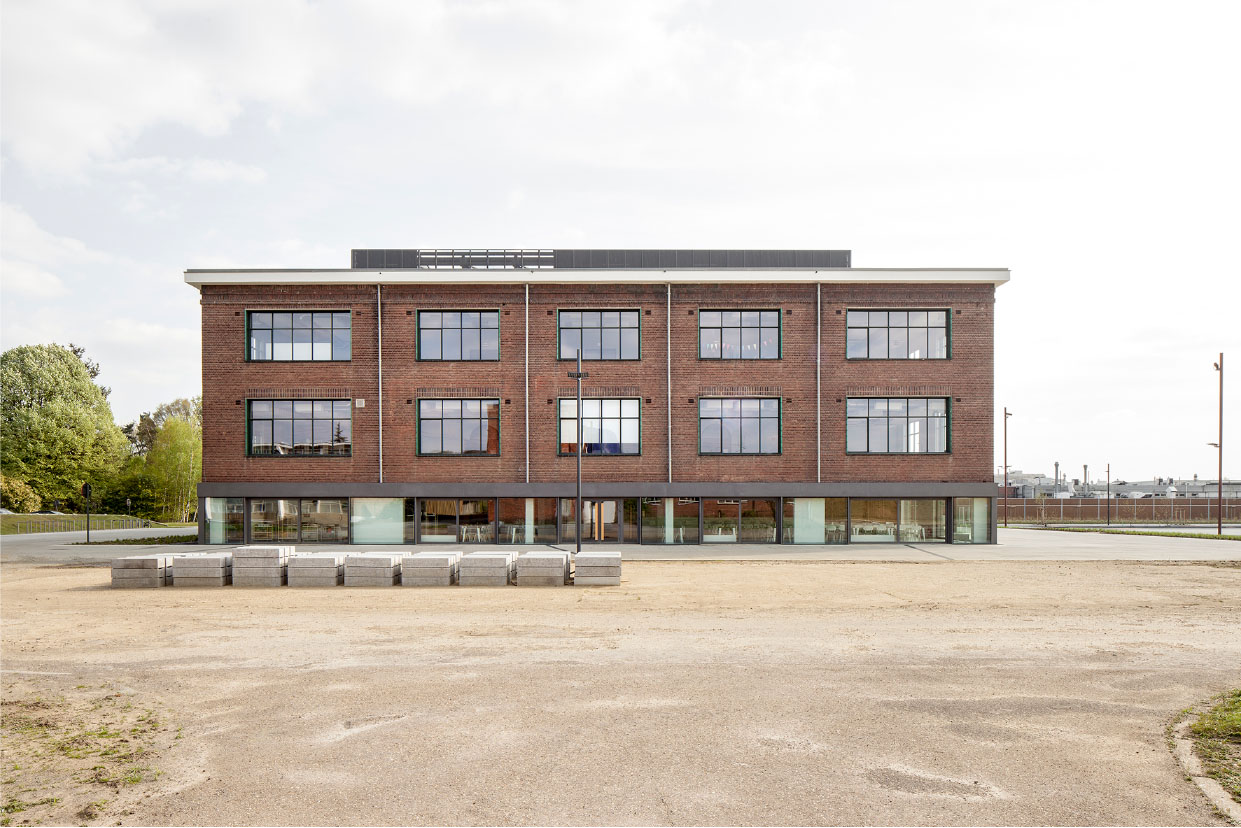 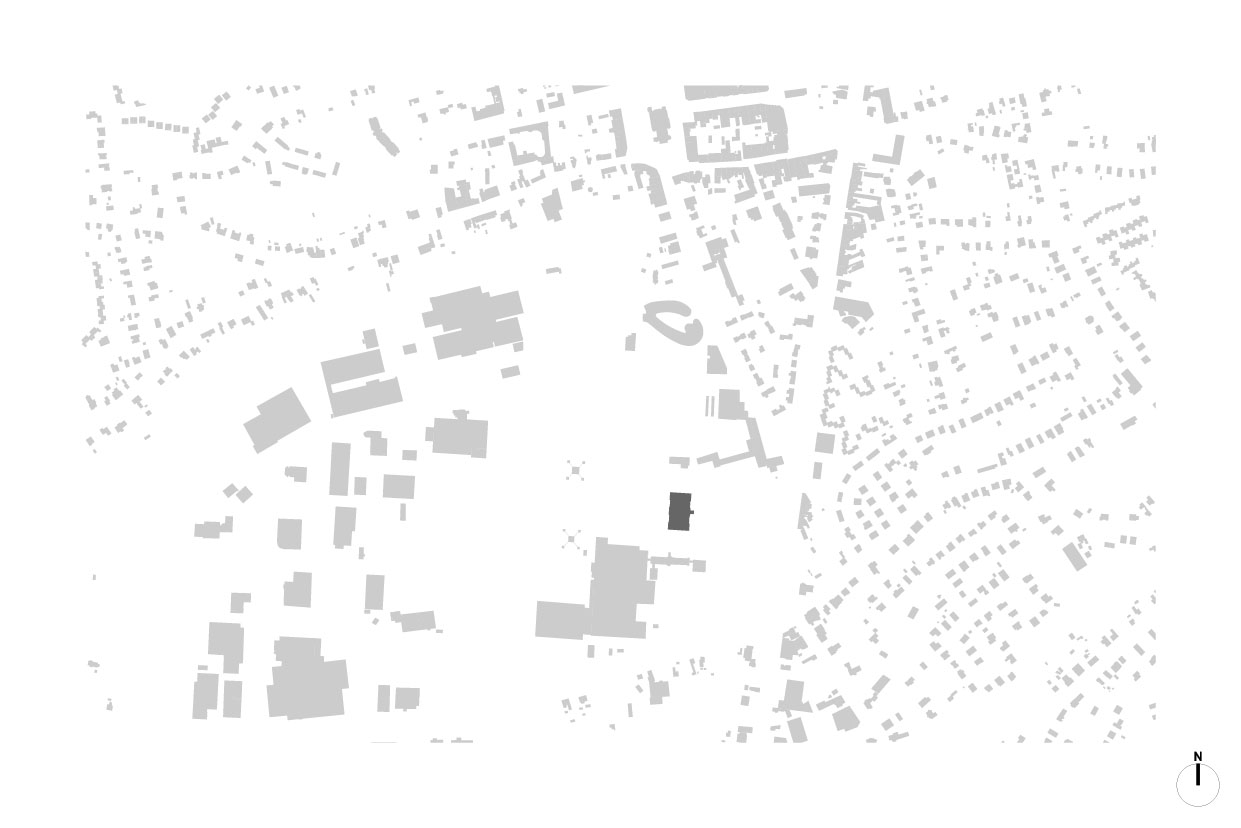 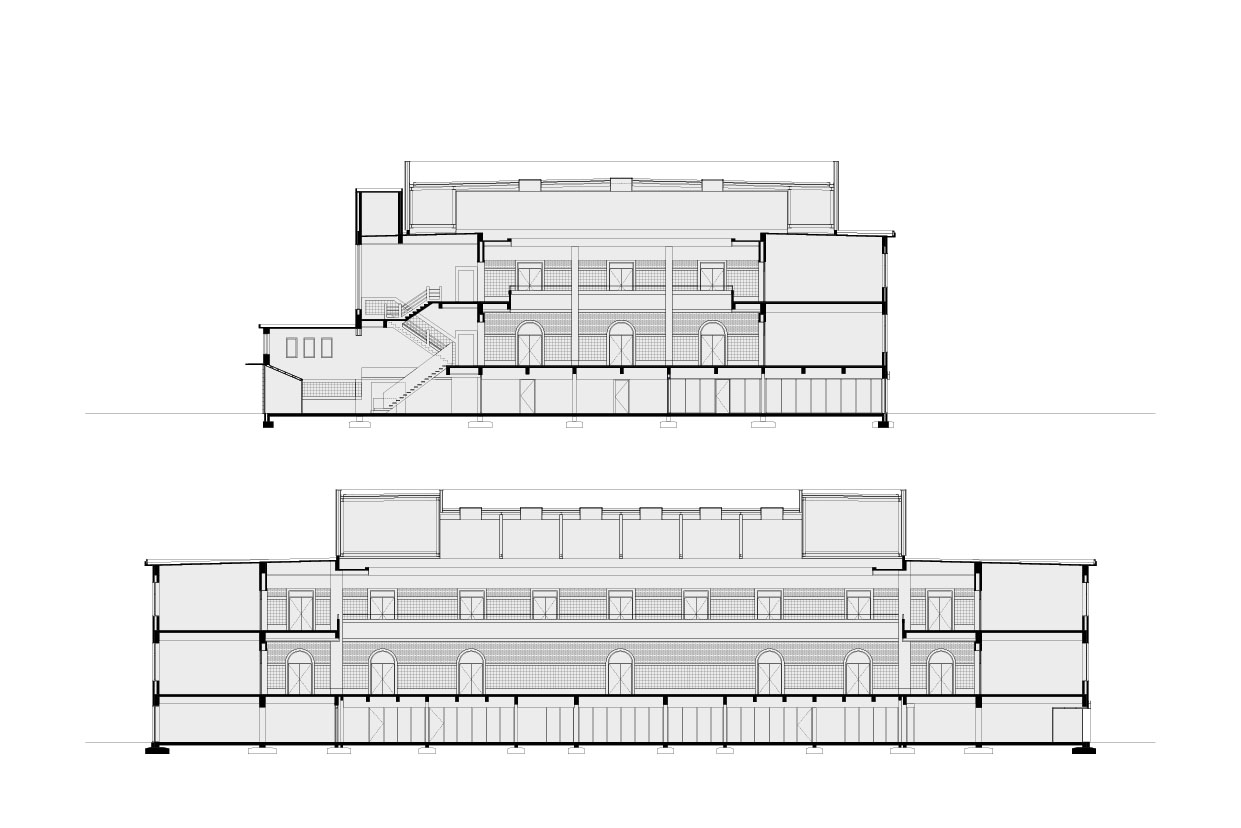 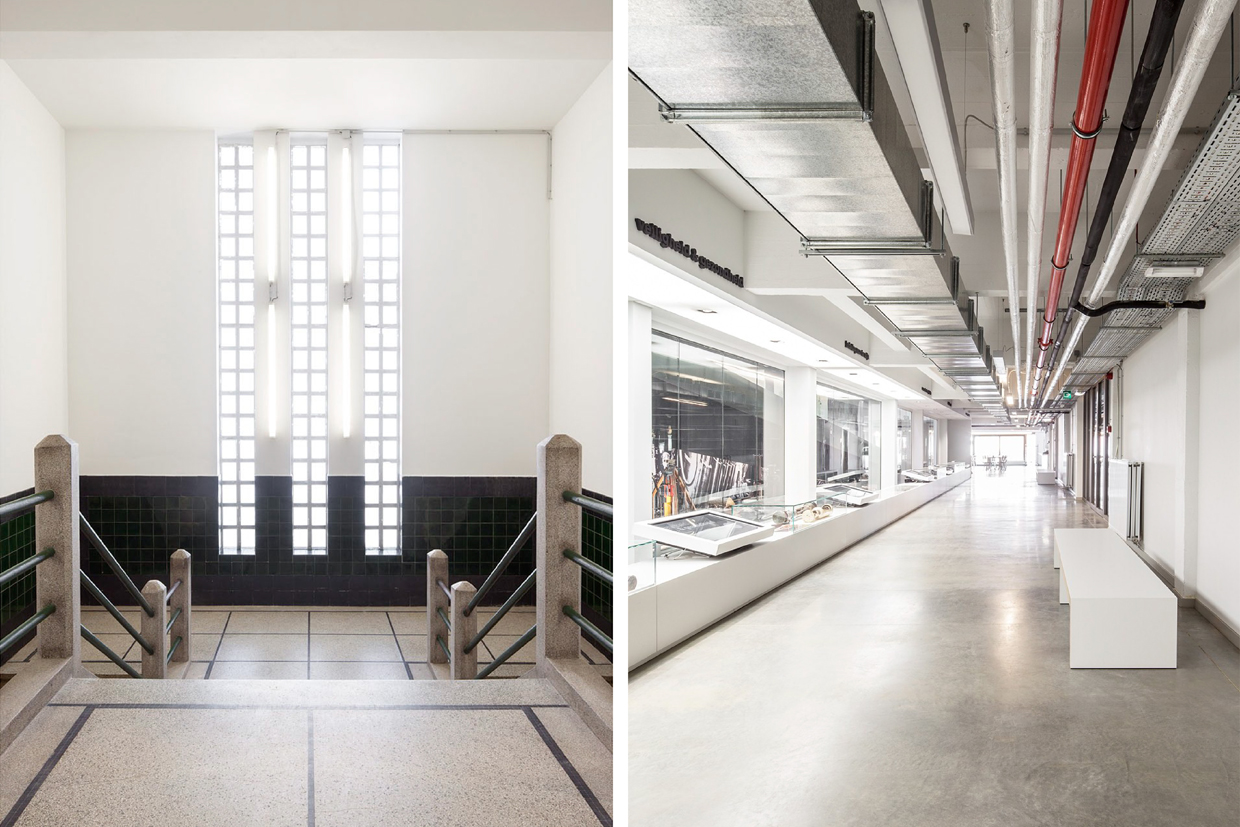 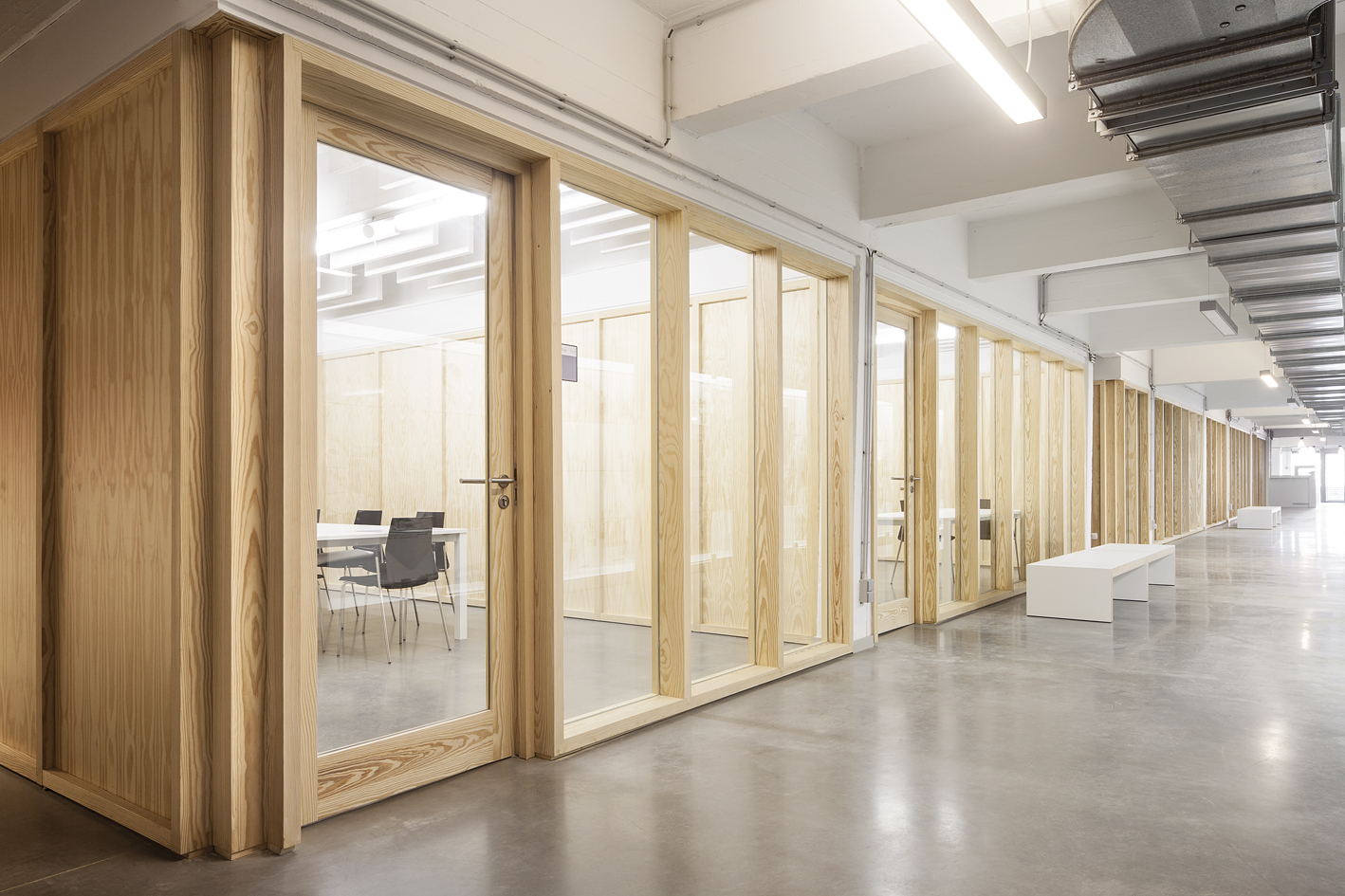 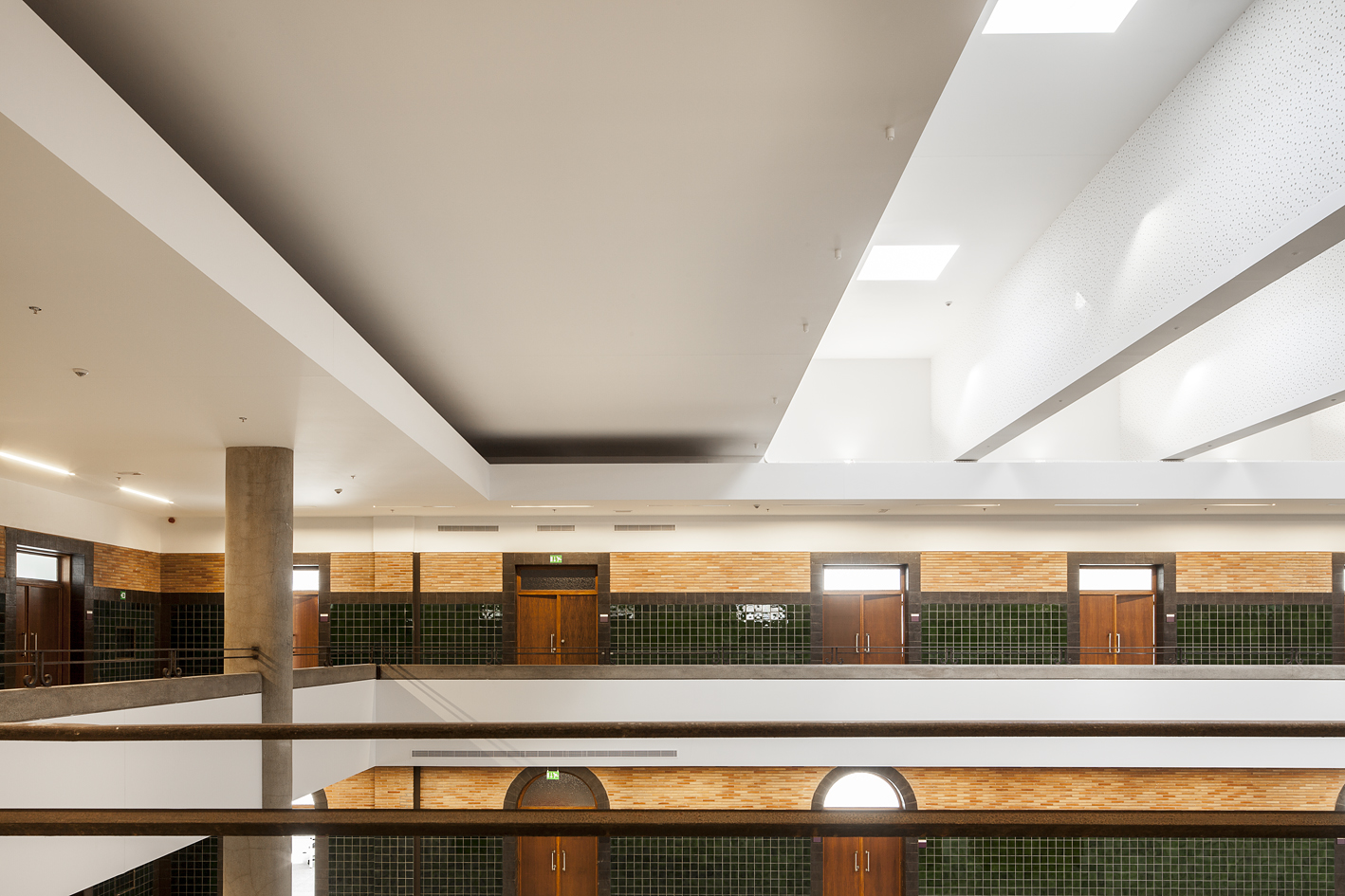 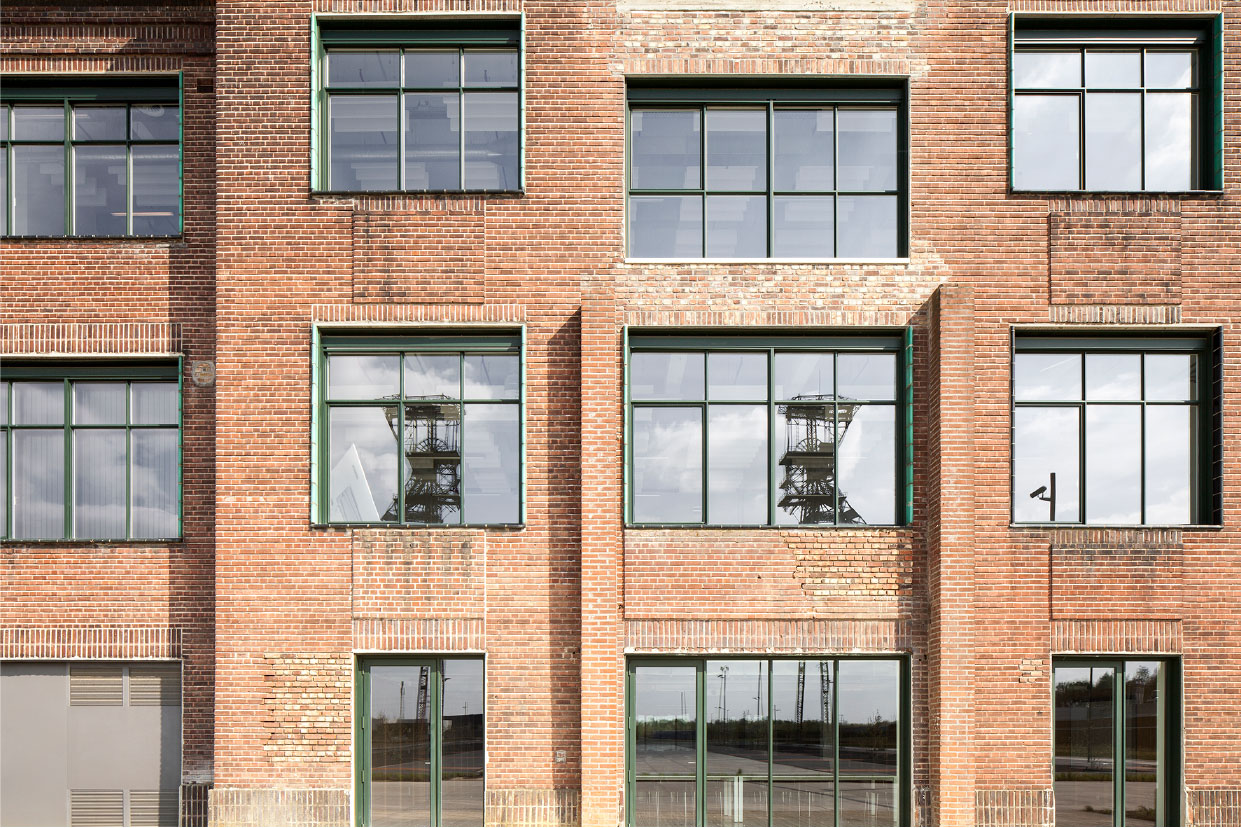 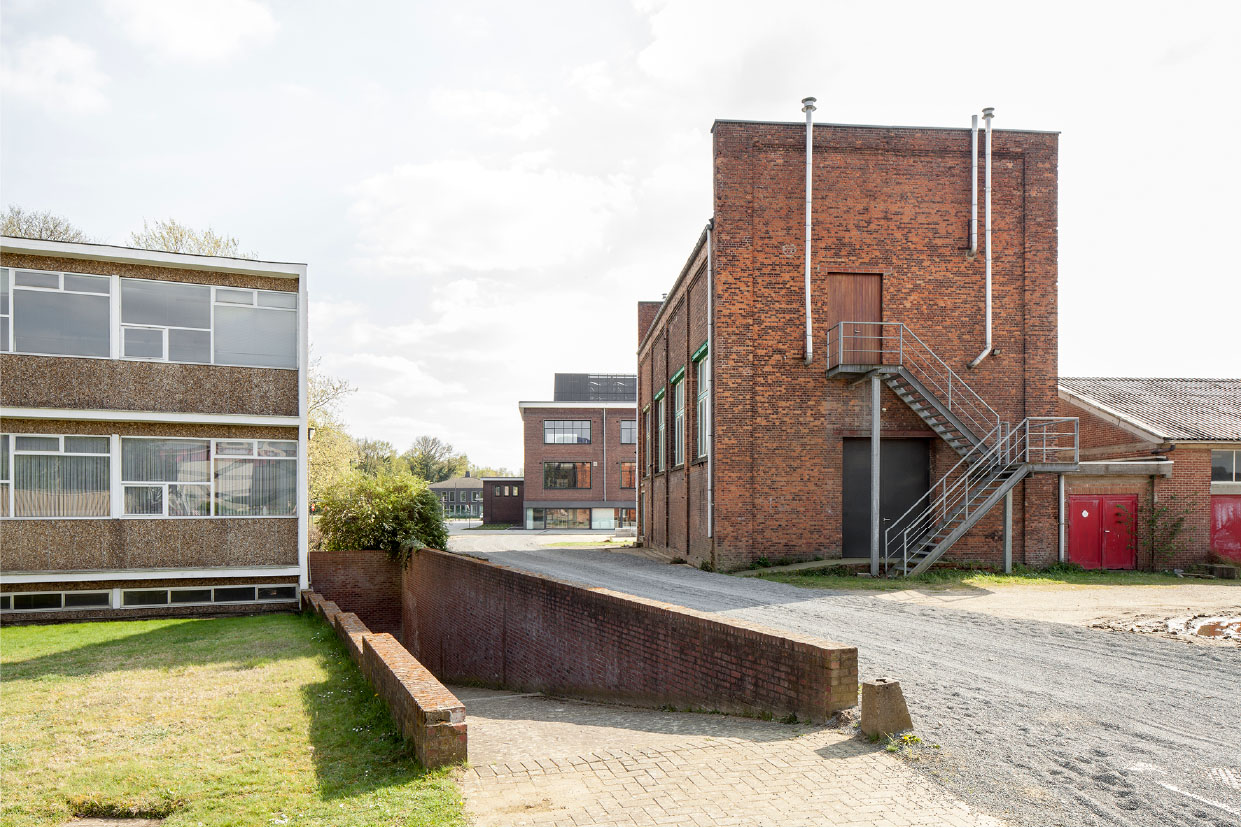 Greenville involves the renovation and partial restoration of the existing main building of the Houthalen-Helchteren mine site into an incubator for the cleantech industry. The incubator is part of the Cleantech Campus for which a master plan was recently drafted. The Cleantech Campus is in turn part of a redevelopment plan for the centre of Houthalen-Helchteren, which among others comprises the development of parklands, a residential zone and the NAC.

Our proposal aims to strengthen the relationship between the former mine site and the town centre. As such, it represents the completion of a chapter in the town’s history, while securing for it a place in the future. In line with this evolution, the entire width of the northern façade of the incubator is opened up on the ground floor and converted into an entrance hall. Despite the fact that, architecturally speaking, the latter is subordinate to the historical entrance on the eastern side of the building, this intervention is nonetheless aimed at expressing the creation of a ‘second front’ facing the town centre.

Modifications to the existing building are also made in line with its use as an incubator and in order to guarantee contemporary and sustainable comfort and convenience inside the building.

The plan includes four new cores which contain the technical shafts and circulation within the building. These cores also form the struts for a new, suspended roof construction which houses the technical equipment while enabling a dramatic central atrium. Around this atrium, which is located on the second and third floors, the historical offices are converted into contemporary facilities with maximum conservation of the character of the existing elements. The atrium is also to be restored. The ground floor, which also had a more industrial character in the past, is to be internally stripped and converted into space for a reception, meeting room, visitors’ centre, exhibition space and hospitality facilities.